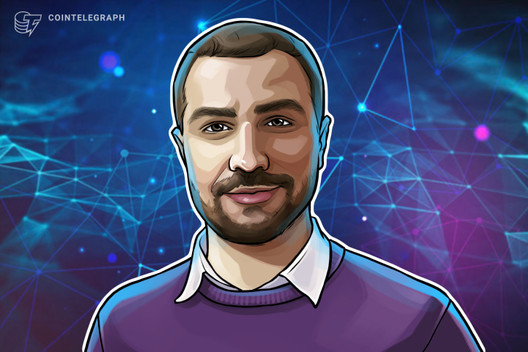 Muneeb Ali, co-founder and CEO of Blockstack open-source platform, believes that the best way to bring about a user-owned internet “is to anchor applications and smart contracts to the Bitcoin network in a way that uses Bitcoin as a reserve currency and its powerful blockchain as a security mechanism.”

In a conversation with Cointelegraph, Ali stated that Bitcoin has been the king of blockchains for more than a decade, as most people have come to recognize that the Bitcoin network is “unparalleled” when it comes to security:

“We believe that the new Stacks 2.0 blockchain, currently in testnet, holds one solution for making Bitcoin the foundation for smart contracts in Web 3.0. With the Clarity smart contract programming language and the Proof of Transfer mechanism, developers can build smart contracts in a much more secure language that is predictable, decidable.”

Ethereum as a frontrunner for smart contracts

Traditionally, Bitcoin has been recognized as a secure network, whereas Ethereum has been a “frontrunner” when it comes to smart contracts, according to Ali. Blockstack’s founder elaborated further on the discussion:

“Bitcoin’s limited scripting language has been seen as a dealbreaker to developers looking to build dapps or deploy smart contracts. As a result, many developers end up building their own blockchains, hoping to bootstrap native proof-of-work protocols or proof-of-stake, but these tend to be much less secure. One of the results is developers assume Ethereum is better suited for launching smart contracts, but I believe this is premature.”

Ali also pointed out that the future of the internet will not be a “tradeoff of convenience for security,” but will instead be tying that security to web applications in a way that uses Bitcoin as a reserve currency along with its blockchain as a security mechanism.

DeFi on the Bitcoin network

Regarding the web 3.0 era, Ali thinks that of particular note is the recent “rise in conversation about the possibilities of ‘DeFi on the Bitcoin’.” For the Blockstack’s founder, this means more people are looking to anchor in the security of Bitcoin when it comes to financial products:

“Many people think that it is easier to recreate Bitcoin on top of Ethereum, but it actually makes more sense to create Ethereum functionality on top of Bitcoin. The adoption of this is still nascent but people are definitely starting to realize the value of building on the Bitcoin ecosystem rather than parallel to it.”